It's important sometimes to take a moment to reflect not just on what's to come, but on what's been achieved. This is especially true when those big life transitions are right around the corner. So, as we prepare to light the sixth candle tonight, we can pause, think about and take joy in our past, and then imagine what the future may bring.
at December 07, 2018

Shabbat Bags and the Family Prayer

"More than the Jewish people have kept Shabbat, Shabbat has kept the Jews."  -- Ahad Ha'am Over the past few weeks, our friend... 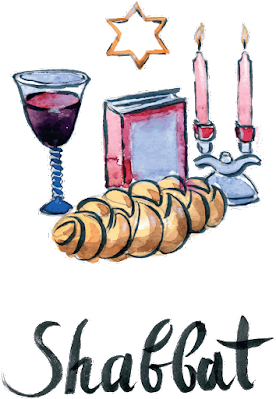