Shabbat Around the Table -- Vayigash 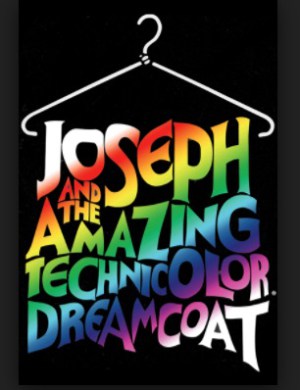 The story of Joseph is wonderfully complex. It's full of rich details and imagery, a multitude of characters, and themes that resonate across time. Joseph's story has a coat of many colors and a silver goblet. There's a fake death, a kidnapping, a seduction, and an unlikely rise to power. There are lots of dreams. And lots of lies. And, ultimately, there's forgiveness, which is what this week's parsha is about.

Joseph's story is longer than Abraham, Isaac, and Jacob's combined. Why? Abraham was the first person to understand the unity of God, Isaac was almost sacrificed in order to praise that God, and Jacob literally and figuratively wrestled with God in an effort to understand God. These three men are the patriarchs of Judaism. We include their names in our daily prayers. So why does Joseph's story get so much more room in the Torah? Why is that Joseph gets to star in his own Tim Rice/Andrew Lloyd Webber musical?

Who among us can really relate to Abraham's internal struggle of whether or not to sacrifice his son on an altar? Or to Jacob's confusion and frustration when he accidentally marries the wrong woman? But just about every one of us can relate to there being someone in our family who thinks they're superior to everyone else, to selfish and mean-spirited siblings who abuse us, to parents who don't see us for who we are, to regret for past mistakes, and to a desire to make amends, to try to put things back together the way they once were when we were younger and life seemed simpler.

That's not always easy to do, but I think that's the message of this week's parsha. Being with all his brothers for the first time in years, seeing the care and love they have for each other and the sacrifices they're willing to make for each other, Joseph forgives them for what they did to him so long ago. He just wants to move forward and be with his family, to make up for lost time.

Whatever holidays your family celebrates between November and January, and in those stressful moments that those celebrations inevitably bring, remember Joseph. By that point in his life, his past with his family mattered much, much less than what the future could bring.
at December 14, 2018 No comments:

It's important sometimes to take a moment to reflect not just on what's to come, but on what's been achieved. This is especially true when those big life transitions are right around the corner. So, as we prepare to light the sixth candle tonight, we can pause, think about and take joy in our past, and then imagine what the future may bring.
at December 07, 2018 No comments: